The facelift operation is usually performed under general anesthesia for about three hours. And through incisions made in the hairline from behind the top of the ear to behind it. Then muscles that lift the facial tissues are readjusted and tightened. 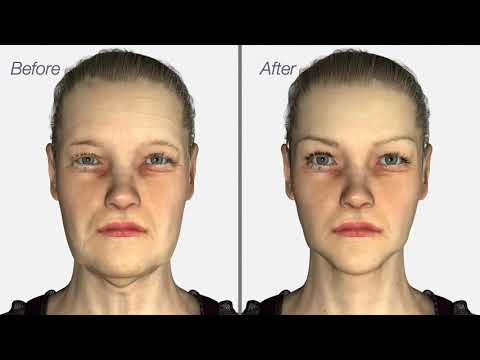 The facelift operation is usually performed under general anesthesia for about three hours. And through incisions made in the hairline from behind the top of the ear to behind it. Then muscles that lift the facial tissues are readjusted and tightened. After removing excess fat in some cases. The skin is then lifted upward and backward towards the ears before returning it to its original position.

Recovery from facelift surgery may take up to two weeks during which patients should avoid bending their head down and wear bandages on their faces for several days along with using cold compresses to reduce swelling.

The surgeon performs this procedure by making incisions (cuts) in certain areas on the face and under the chin to help lift the facial tissue and tighten the underlying muscles. After the stitches are removed, there will be some small scars that will gradually fade over time.

In addition to reducing wrinkles, this operation can also reverse some signs of aging in other parts of your body such as your arms or abdomen.

There are many types of facelift operations, and the most important of these surgeries is the classic facelift, which is carried out in older people who want to reverse the signs of aging, and this operation is suitable for patients whose skin shows sagging in the cheeks or neck as a result of age or excessive weight loss .

This surgery takes about 3 hours. The patient can return home after two days.

The patient must rest for a period of one week after surgery.

The patient must wear a special headband that supports the skin during sleep for three weeks.

The face is an important part of the body, as it expresses many feelings, and can be said that the face is what people see first in others. It is known that the skin of the face is thinner than other parts of the body such as the back or legs and tends to wrinkle faster due to its exposure to sunlight and harmful environmental factors such as pollution, and therefore there are operations that help to get rid of all those signs of aging such as facelift operations, which help many people look younger and more beautiful.

Face lift surgery has many benefits, including:

Enhance the appearance of the neck.

Tighten and improve muscle tone in the face and neck area.

Provide a general feeling of rejuvenation.

It is worth noting that with the development of technology, surgical operations have become safer than before, and patients are also able to recover faster.

The operation procedure as follows:

– Preparing for the operation

– Recovery after the operation

The surgical facelift is one of the most popular cosmetic procedures, especially among women, and aims to obtain a more youthful and fresh appearance of the skin of the face and neck, and reduce signs of aging such as sagging skin, whose appearance is usually affected by many factors such as skin thinness or loss of fat The face, stress, or the harmful effects of sun exposure, smoking, or even genetics.

The surgical facelift is a procedure that can be performed under local or general anesthesia. This operation can be done alone or in combination with other facial plastic surgery procedures such as blepharoplasty (eyelid lift) or forehead lift to achieve better results.

This procedure takes about two hours and may take longer if it is combined with other surgeries. After the incisions are made in front of the ear and hidden in its natural creases, the doctor begins to remove excess fat from the face and neck. Then he lifts and tightens the underlying muscles and repositions them on them. The remaining skin is then gently pulled up and over to reveal a smoother surface. Finally, the incisions are closed with stitches placed under the skin so that any scars will be hidden when healed. 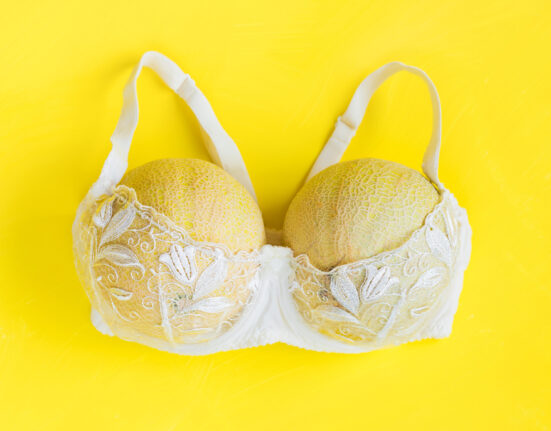 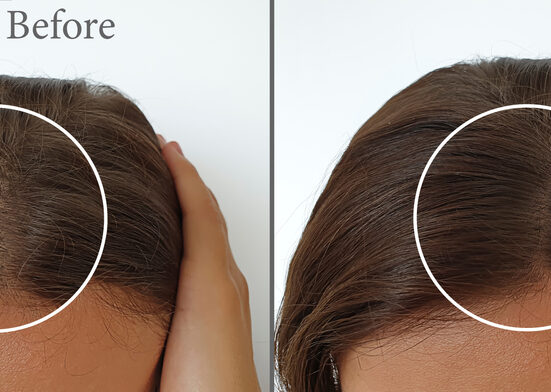 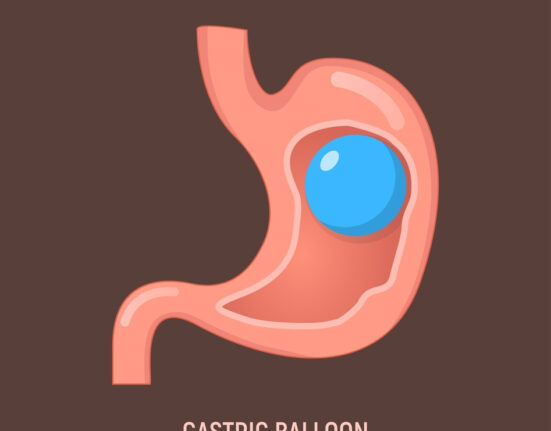 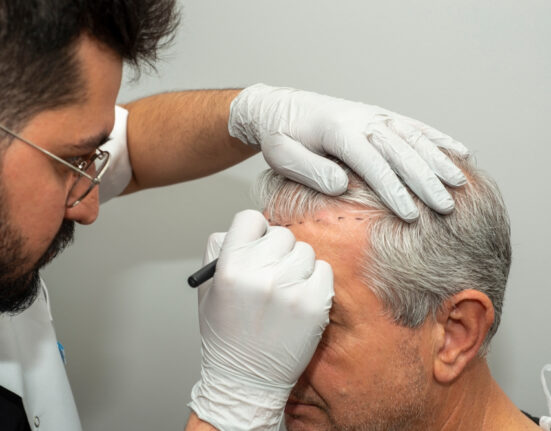 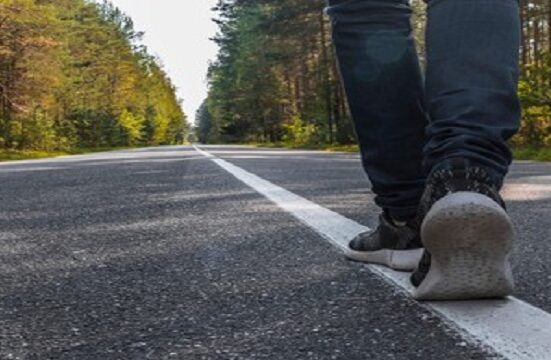 How many steps should be taken per day? – 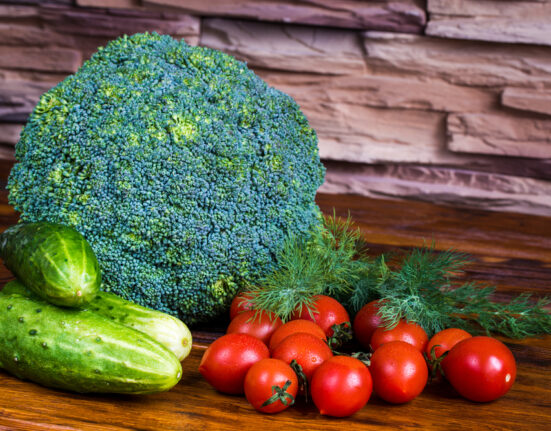 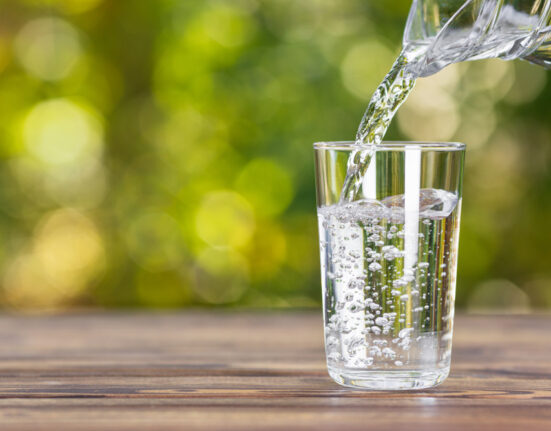 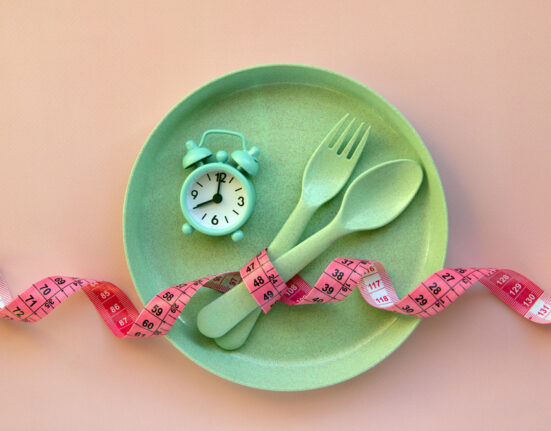 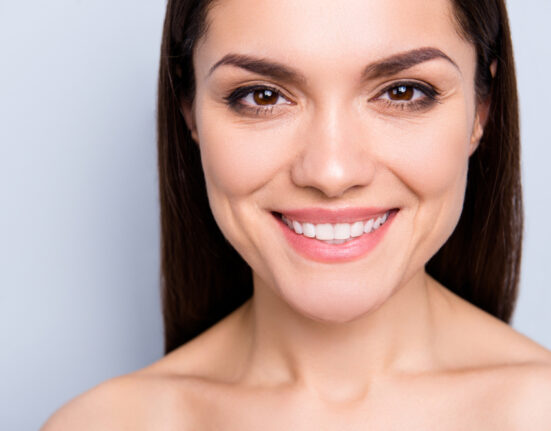 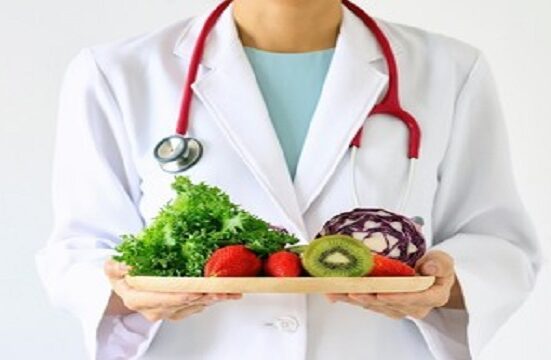